This is a single blog caption

A Continuous Rise in Headline Inflation
The April 2020 Consumer Price Index (CPI) report released by the NBS shows that Nigeria’s inflation rate increased by 8bps to 12.34% from 12.26% recorded in March. This is the eighth consecutive month of increase since August 2019 (11.02%) and the highest level since April 2018 (12.48%). The increase however is slow when compared to our view of a large increase due to the local supply chain disruption caused by the lockdown measures the President announced on the eve of March 30.

How the Components of the CPI Fared in April
Based on the CPI report, increases were recorded in all the COICOP divisions that yielded the headline inflation index for the month of April.

The composite food index rose by 15.03% and this is 0.05% increase when compared to 14.98% recorded for the month of March. The rise in the food index was caused by increases in the prices of Potatoes, Yam and other tubers, Bread and cereals, Fish, Oils and Fats, Meat, Fruits and Vegetables over the month of April.

The ”All items less farm produce” or Core inflation, which excludes the prices of volatile agricultural produce stood at 9.98% in April 2020, up by 0.25 percent when compared with 9.73% recorded in March 2020. The highest increases were recorded in prices of Bicycles, Passenger transport by road, Passenger transport by sea and inland waterways, Paramedical services, Hospital services, pharmaceutical products, Medical services, Motor cycles and Major household appliances whether electric or not. 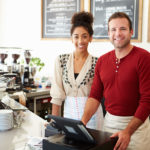 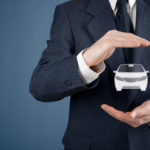 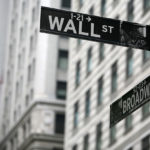