The domestic bourse sustained bullish sentiment as bellwether stocks recorded gains throughout the trading week. NGX ASI advanced by 2.00%, closing positive in all of four trading sessions during the week. It increased on the back of buying interest in large caps such as GUINNESS (+17.50%) and LAFARGE (+10.61%). Consequently, at 48,459.65 points, the equities market’s Year-to-Date return increased to 13.44% as market capitalisation rose by 1.90% to close at N26.13 trillion.

Market breadth (a measure of investor sentiment) decreased over the just concluded week, falling from 2.83x to 1.72x as 50 stocks appreciated against 29 stocks that declined. MEYER and ETERNA topped the market gainers with 45.63% and 33.00% respectively WoW, while ACADEMY and JOHNHOLT were the top losers with declines of  18.75% and 17.44% respectively WoW.

The activity level was mixed as the total trade volume advanced by 4.16% while the total trade value declined by 20.37% WoW. A total turnover of 1.302 billion shares worth N17.813 billion in 20,212 deals was traded this week by investors on the floor of the Exchange. Trading in the top three equities namely Fidelity Bank Plc, Zenith Bank Plc and Universal Insurance Plc (measured by volume) accounted for 279.507 million shares worth N2.627 billion in 2,504 deals, contributing 21.47% and 14.75% to the total equity turnover volume and value respectively.

We expect positive performance to persist in the coming week as the equities market still presents decent opportunities for investors chasing positive real returns on investments.

Last week, there was bullish sentiment in the bond market as three of the five tenor yields under coverage declined, the 1-Year tenor yield closed flat at 3.89% while the yield on the 30-Year tenor bond inched higher by 14bps. The yields on the 3, 5 and 10-Year bonds compressed by 1bp, 1bp and 2bps respectively.

We expect market activity in the fixed income market to be influenced by liquidity levels and foreign investor participation.

In May, the Federal Government is looking to revisit the Eurobond market, following the $1.25 billion issuances in March, where investors priced the 7-year maturity at 8.375%. In early May, the Finance Minister signaled Nigeria’s plan to raise about $950 million from the Eurobond market.

Last week, the World Bank warned that import restrictions and the Central Bank of Nigeria’s foreign exchange policies are the main drivers of food inflation in Nigeria. The Nigerian Central Bank has implemented regulations such as prohibiting some commodities from accessing forex at the official rate through the Investors and Exporters (I&E) window. Nonetheless, the Washington-based lender has determined that policies at pinning the currency rate and imposing trade restrictions have fueled Nigeria’s alarming inflation.

The International Monetary Fund has given Nigeria an upward review of its economic growth forecast for 2022 while expecting that the global output would decline due to the consequences of the crisis in Ukraine. The Washington-based lender reduced the expected global economic growth in 2022 to 3.6% in April, down from 4.4% expected in January. These projections are worrisome since global output grew by 6.1% in 2021, a year hunted by the effects of the pandemic. On the other hand, Nigeria had an upward review of its economic growth projections. The International Monetary Fund (IMF) has projected the Nigerian economy to grow by 3.4% in 2022, up from 2.7% earlier projected on rising oil prices.

The U.S.10-year Treasury yield soared to its record 3-year high, rising as high as 2.975% during the week. The catalyst behind the uptrend in U.S. Treasury yields was still the anticipation of aggressively hawkish policy actions from the Fed.  Late into the week, the current sentiment was fueled by comments from the U.S. Federal Reserve chairman, Jerome Powell, at the IMF Global Debate, regarding a 50bps rate hike deliberation at the next FOMC meeting. There was the typical reaction to rising yields for the markets, as bearish sentiment held sway for most of the week.

On the war in eastern Europe, U.S. President Joe Biden pledged $800 million in more weaponry for Ukraine on Thursday and said he would ask Congress for more money to help bolster support for the Ukrainian military as it faces a fresh onslaught by Russia on its eastern flank. Addressing Americans from the White House’s Roosevelt Room, Biden pledged to send heavy artillery, dozens of howitzers, and 144,000 rounds of ammunition, as well as tactical drones, as he called on Congress for supplemental funding to provide additional aid for Kyiv.

From Japan, where prices have been roughly flat for decades, to the continent of Asia, inflation is finally taking off. But unlike the Federal Reserve in the U.S., the Bank of Japan has resolved to keep interest rates low, helping drive a fall in the yen. On Thursday, the Japanese central bank resumed another bond-buying move to keep a lid on rates. It promised to purchase unlimited government bonds to cap the yield at 0.25%—less than one-tenth the return on the equivalent U.S. Treasury bonds. The notice of intent, which lasts until Tuesday, was enough to push the yield below the cap without any actual purchases Thursday.

Elsewhere, Beijing said it is at a critical point to halt a Covid-19 outbreak in the city, as new cases spread from school students and a tour group, while deaths in Shanghai more than tripled from a day earlier. The Chinese capital recorded 22 new points on Sunday, its highest daily tally this year. A week ago, Shanghai had recorded no recent deaths in the latest wave of infections, said 39 Covid patients died Saturday—more than three times Friday’s toll. 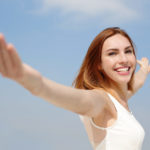 Gains in Guinness Plc, Vitafoam Plc, and Others Drive NGX ASI Up by 0.73%.
Comments are Off