An increase in demand amidst rising prices spurred topline growth.

From the recently released Q1`22 unaudited financials, BUACEMENT’s recorded an impressive topline performance. Revenue advanced significantly by 58.50% to N96.99 billion on the back of increased price and volume of cement, which is their main line of business. On the other hand, the Cost of Sales increased by 52.20% to 48.79 billion, driven by a surge in energy and material costs (+70.54% and +66.08%). On the back of higher increase in Revenue than the Cost of Sales, Gross profit rose by 65.43% to close at N48.20 billion.

The NGX ASI Closed The Week in Green by 1.12%, as MTNN and DANGSUGAR Improved During the Week.
Comments are Off 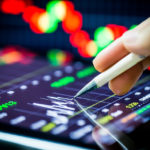